Nearly a year ago, my wife covered a wall in photos of our family. When she went to rotate the photos, I claimed the old collection for my office at home - a much needed improvement.

A few weeks ago, my colleagues at Algorithmia cranked out a pretty sweet Deep Style Demo based on the DeepFilter algorithm (hat tip to @BesirKurtulmus). Immediately I hacked together a quick bash script to generate all 37 Deep Style variants of a single image. The full script is here, but at its core, it just loops through the filters and calls out to the algo CLI tool.

So while staring at my wall of photos one day, I felt I should take it a step further and have a wall of DeepFilter generated photos. A new project was born!

First I needed photos. Sadly our photos aren't particularly well-organized (I'm still holding out for the holy grail of photo storage solutions), so I had to scour through both my wife's and my Google Drive and One Drive accounts to gather a bunch of photos to use. I don't usually enjoy multi-hour long sessions of flipping through photo albums, so I hastily selected a wide variety images that I thought would be interesting. In the end, I had curated 111 photos for the next phase.

At 37 filters and 111 photos, using my previous script would generate 4,107 images. But I didn't really want to generate 37 variants of each image because, once again, skimming through another 4k photos isn't really my thing, but also because of the Paradox of Choice. Also, the previous script completely ignores the DeepFilter API support for batching multiple images into a single request so using it to generate 4,107 images would have cost near $30.

So I decided to rewind and write a new script that:

This was a little beyond the scope of a simple bash script (and too much of a one-off hack to justify writing in Rust), so I rekindled my love of ruby. A simple version of the random filter selection looks like this:

This creates a Hash that maps each filter to a set of image paths (random pairings) while ensuring that each filter is used approximately the same number of times overall. I added a quick snippet to pre-upload all my images to the Algorithmia Data API:

And now I was ready to generate 444 images with just 37 API requests (12 images per request):

A half hour later and I have 444 generated images including several gems: 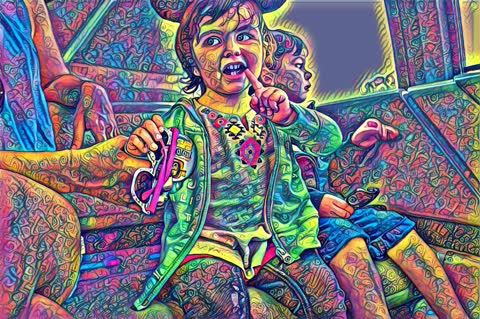 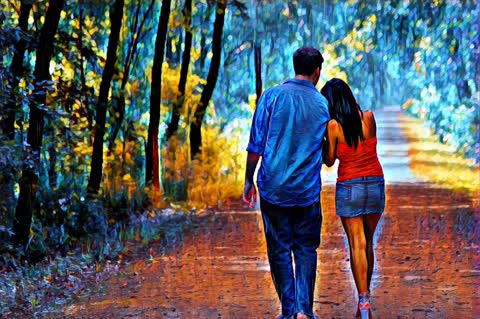 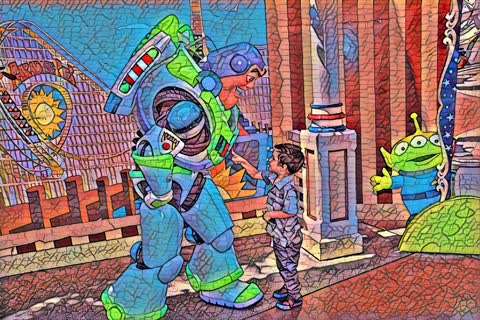 I quickly browsed the generated images, and selected my favorite of the 4 generated variants of each photo. For the cases where I didn't like any of the 4 choices, I took the original and set it aside for repeating the process. I selected about 70 generated images from the first batch, so I had about 40 images that I wanted to try on a few more filters. I bumped the PER_IMAGE number to 10, added more logic to avoid repeating image-filter pairings, and removed a few filters that never appealed to me. The next run of the script with 40 photos generated another 400 images. I manage to pick out another 25 photos, and then accepted the remaining images aren't well-suited to any of the filters*.

The full script used during this process is available here.

* I actually repeated this process one more time using all filters on the final 15 images, but I only kept 2 of the images from that batch, so it seems that subsequent iterations have diminishing returns.

I did a final round of curating the generated images and decided on 70 images for printing. A couple images earned 8x10 treatment, and I decided to experiment with printing 2 of the images on canvas. In the end, I spent about $2 in Algorithmia credits, $9 in prints at Sam's Club, and $30 for a pair of 8x10 framed canvas prints at a local print shop.

And now 23 filters are represented on my Deep Style Wall.